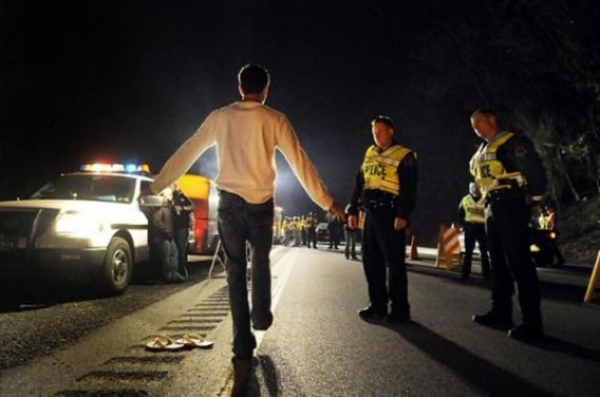 If you or a loved one is facing a DUI, The Davis Law Firm can help we have an experienced lawyer that has a lot of experience dealing with DUI charges and help have your charges reduced.

DUI charges are considered to be among the most severe of driving offenses mostly because they cause over one-third of all traffic fatalities alone. This is why DUI's also tend to carry more substantial penalties.

There are three kinds of drunk driving laws:
The first of course is driving under the influence. Every single state in America has a DUI listed as a crime. DUIs are defined as driving or operating a vehicle including ATV's, while intoxicated or under the influence of other legal or illegal substances.

Some types of DUIs can be charged as a felony, which is a severe crime that can result in you being incarcerated.

To determine if a person is guilty of a DUI they must be able to prove that the person was caught operating a vehicle while under the influence of alcohol or drugs with a BAC level of.08%.

Some DUIs such as first offenses, for example usually are treated as misdemeanors, under some circumstances the offense can be listed as a felony, which is far more serious.

If a person causes the death or injuries to someone as the consequence of driving while under the influence of alcohol the person driving the vehicle can be found guilty of a felony and can face time in state prison for years. Prior convictions for misdemeanors under-the-influence or at-or-over-.08% will typically result in a longer prison term.

In some states, a third or fourth DUI can be enough alone to have a driver charged with a felony. In these cases, it will not matter if another person was killed or injured as a result.

Anyone facing a DUI should immediately consult with an experienced attorney. A knowledgeable attorney can help explain the laws in your area and know the local prosecuting office’s plea bargaining tendencies, and also the impact a DUI can have on your driver’s license. Call The Davis Law Firm Today to see if we can help you.

Gerald J. Davis is a trial attorney and Vietnam Veteran. He received his law degree from the University of South Carolina in 1997.Mr. Davis retired as a “State Trooper” from the State of South Carolina in 1994. During his tenure with the Highway Patrol, he investigated accidents and made arrests for various criminal and traffic violations. This valuable experience makes him uniquely qualified as a trial attorney to represent his clients with knowledge and skills gained from all sides of a wide spectrum of diverse issues.

More in this category: « Benefits of Hiring an Attorney

Make sure you enter all the required information, indicated by an asterisk (*). HTML code is not allowed.

Information found on this Website is not, nor is it intended to be, legal advice.

You should consult an attorney regarding your individual situation.

EMAIL: This email address is being protected from spambots. You need JavaScript enabled to view it.

Disclaimer: Any results achieved on behalf of prior Clients in other matters, does not necessarily indicate similar results can be obtained for other clients.